Ideological private Member’s Bill to ban seabed mining lacks scientific credibility and would deny New Zealand access to a major new $1 billion plus sustainable export industry. This metal recovery operation will help meet the demand for strategic minerals and metals (iron, vanadium and titanium) which are required as the world transitions to a low carbon energy economy.

New Zealand has special legislation to develop resources, including minerals, in our Exclusive Economic Zone (EEZ) from 12Nm to 200Nm offshore under the EEZ Act 2012. The EEZ Act incorporates comprehensive environmental safeguards and international guidelines that seek to balance economic development with environmental protection.

To ban seabed mining, that has the lowest environmental, ecological and carbon footprint of alternative metal mining operations, completely contradicts the balanced and responsible approach of the EEZ Act and is short sighted.

Globally, sustainable subsea mining is now being viewed as the key technology to meet the demand for high grade steel alloys and strategic metals to support the low carbon economy.

The opposition to seabed mining, and its impact, is ideological alarmist grandstanding with no factual basis, science, engineering, marine research or observational data to support it.

A full copy of TTR’s media release is attached for your information.

The SC has now confirmed the hearing dates have been allocated for the appeal to be heard in the Supreme Court in Wellington on the 17, 18 and 19 November 2020.

With international demand for iron ore surging it’s now even more important we secure the development approvals for TTR’s offshore South Taranaki Bight (STB) vanadium rich titanomagnetite sand resource being one of the largest known vanadium deposits in the world."

A full copy of todays media release is attached.

New Zealand controlled and managed Trans-Tasman Resources Limited (TTR) has today lodged a Notice of Appeal to the Supreme Court (SC) seeking leave to appeal the Court of Appeal (CoA) Judgment on the six points of law upheld in their findings of 3 April 2020.

The basis of the TTR appeal is that the Environmental Protection Authority’s (EPA) Decision Making Committee (DMC) did follow the legally correct approach in granting TTR’s environmental consents in August 2017.

TTR’s Executive Chairman, Alan J Eggers, said the Company did not take the decision to lodge an appeal to New Zealand’s highest court lightly but there is too much at stake for the Taranaki region and New Zealand not to take the legal action and commented:

The opportunity is a major new $1 billion export industry employing best practice sustainable environmental approach to mineral recovery, with minimal impact on the environment, that will help meet the demand for the strategic metals vanadium and titanium required as the world and New Zealand transition to a low carbon energy economy.

TTR’s proposed iron sand recovery operation, located 22km to 36km offshore in the STB, will deliver a large number of new jobs, skills training and port infrastructure to the region while delivering direct government revenue in royalties and corporate taxes and export earnings without the government having to deliver any economic support or hand-outs, additional services or infrastructure.

The project approval will also post the message that New Zealand is open for business, including the minerals and oil & gas sectors, we can manage and approve sustainable low impact development of our extensive EEZ (14 times the size of NZ’s land area and one of the largest in the world) and international investment is welcome.”

TTR’s SC Notice of Appeal seeks to reverse the CoA 3 April 2020 Judgment on the six points of law upheld and have their finding the adaptive management approach was not taken by the DMC maintained.

TTR is looking forward to having its application for leave to appeal to the SC granted, having the appeal heard as soon as possible and if the appeal succeeds the STB project gets the green light.

A full copy of today’s announcement is attached or can be accessed on TTR’s website at www.ttrl.co.nz/media/

TTR has succeeded with its appeal to have the High Court’s ruling that the DMC had adopted an adaptive management approach in TTR’s discharge consent overturned.

Trans-Tasman Resources Limited’s (TTR) has succeeded in its appeal to the Court of Appeal (CoA), to have the High Court’s 2018 ruling that the Environmental Protection Agency’s (EPA) Decision Making Committee (DMC) had adopted an adaptive management approach in TTR’s marine discharge consent overturned.

The CoA Judgment upheld TTR’s appeal with respect to:

and dismissed the submitters’ submissions on a further eight (8) questions of law:

2. TTR’s Application for Marine and Discharge Consents be Declined;

8. Interactive approach to Information Gathering by TTR: and

However, the submitters succeeded on cross-appeal on six (6) questions of law considered being:

3. Approach to Existing Interests and Treaty of Waitangi;

5. Requirement for Bond and Insurance; and

6. Effects on Seabirds and Marine Mammals.

The result of the Judgment is the DMC’s grant of TTR’s environmental consents remains quashed and is sent back to the DMC for reconsideration in light of the clarifications in the CoA Judgment.

Final approval of TTR’s offshore South Taranaki Bight (STB) project will see a US$600m industry established that will deliver a $250m spend in the Taranaki Region each year of operation, deliver, with no adverse environmental effects, significant employment opportunities (particularly in the South Taranaki region) of 300 jobs with up a further 1,665 national wide, treasury receipts generated of over $116m and foreign exchange receipts of US$180m a year and social and community benefits including training and logistics facilities in Hawera, service infrastructure in the Port of Whanganui and Port Taranaki without the government having to deliver any economic support or hand-outs, additional services or infrastructure.

The CoA concluded they were not in a position to decide whether, in the light of the questions of law raised by this appeal, TTR’s application should be declined and considered that the appropriate outcome is for TTR’s application to be referred back to the DMC for clarification of the law as set out in their Judgment of 3 April 2020.

TTR is now taking advice on its rights to appeal the Judgment so that it may have the grant of its environmental consents for the vanadium rich titanomagnetite iron sand development project in the STB confirmed and enable the project to proceed without further unnecessary delay.

The Court of Appeal’s Judgment on TTR’s appeal and the opponent’s cross appeals has been released today.

TTR is now awaiting its legal team’s analysis of and advice on the Court’s rulings and conclusions.

Further comment on the Court of Appeal Judgment will be made once the Board has received that advice.

On 21 September 2018 TTR lodged a notice to the Court of Appeal to seek leave to appeal the High Court judgment of 28 August 2018 regarding our marine consents for the STB iron sands project.

The basis of the TTR appeal is that the EPA did follow a legally correct approach in granting a marine discharge consent to TTR - including a comprehensive set of consent conditions specifically designed to protect the marine environment and existing interests, particularly iwi.

TTR is disappointed with the High Court outcome released on Tuesday 28 August 2018.

Of the eight different grounds of appeal only one was upheld and that was solely in relation to the correct legal meaning of “adaptive management” or the type of environmental compliance monitoring required to be incorporated in the TTR consents. Read more...

“The decision of the Court has clarified issues around disclosure of sensitive data for all parties, including Trans-Tasman Resources.”

“We respect the decision by the Court and will release the technical information and third party economic data as directed. Given TTR’s commercial responsibilities we are confident that we have taken all reasonable steps in order to fulfil our duties to our shareholders and commercial partners with regards to the protection and safeguarding of confidential information and intellectual property assets.” Read more..

Trans-Tasman Resources (TTR) has welcomed the acceptance of its application for a South Taranaki iron ore project by the Environmental Protection Agency (EPA), which will be publicly notified shortly. Read more.. 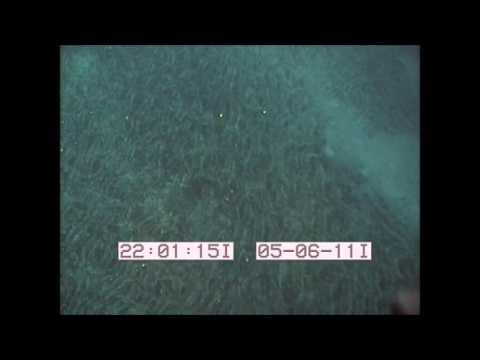