Realising the potential of Taranaki's rich resource of iron sands will only be achieved through a project which has rigorously investigated and satisfied every environmental aspect and requirement.

We are committed to meeting the stringent environmental requirements of the Environmental Protection Agency regarding New Zealand's Exclusive Economic Zone (EEZ) and providing confidence for communities that we will safeguard their environment.

Since 2009, we have been undertaking a detailed baseline study with the National Institute of Water and Atmospheric Research (NIWA) to understand the existing environment and potential effects of the project.

This research, together with information from similar seabed mining projects internationally, has informed technological revisions and changes to develop an operation focussed specifically on this project site.

These reports have also added considerably to scientific knowledge of the South Taranaki Bight environment. They can be viewed at the EPA website.

Overall, the studies have concluded that the project will not have an adverse impact on the shore and nearshore environment or on biological diversity on the seabed or wider area.

There will not be any measurable effect on waves, the seabed lies in an area of constantly shifting sands, so is largely featureless and no rare or vulnerable ecosystems or threatened species have been found in the area.

The main effect to manage would be the relatively small addition to the existing background plume of disturbed sediment in the water around the project area.

Impact on the seabed

We will be working on the seafloor which is also known as the benthic zone - the lowest level of the ocean including the sediment surface and sub-surface layers.

Organisms living in this zone are known as benthos. Our research has shown that, due to the existing constantly shifting environment, the benthos in this area is populated largely by short-lived tubeworm species. Our expert benthic advisor found low occurrence and diversity of microfauna, meiofauna and marine algae in this area - also characteristic of the highly disturbed environment.

Evidence from international operations, similar to our plan for the South Taranaki Bight, suggests that polychaete worms and small bivalve species are accustomed to disturbed environments and will begin to recolonise returned sediment almost immediately. This will be supported by the fact the substrata will not be significantly changed and daylight penetrates the relatively shallow waters, providing energy for food sources. Benthic ecology experts estimate these ecosystems will return to current levels within a decade of the sediment extraction.

We expect our operations to have little or no impact on inshore non-commercial fishing in the South Taranaki Bight. Any effect will be localised, minor and temporary due to the dynamic nature of the area.

We also do not anticipate any significant impact on recreational diving outside a 10km radius of our operation area.

The main effect on recreational fishing and diving will be at the north and south traps. When mining is undertaken in the eastern-most part of the project area water clarity is likely to be affected due to sediment being disturbed. However, any effect is expected to be temporary.

We expect our proposed operations to have little, if any, negative impact on existing commercial fishing rights with regard to quota value, downstream business or fish stock sustainability. Operating distance restrictions are for safety reasons and are only around the immediate area of operations and vessels and not the entire permit area. We will work with commercial fishing operations in the region to develop conditions of consent to ensure there would be no material adverse impact. A member of Te Tai Hauauru Maori Fisheries Forum joined a fact-finding visit we organised to a South African low-impact seabed mining operation, of the type we propose for the South Taranaki Bight.

The project area is not a recognised habitat for marine mammals and Maui's dolphins and blue whale are not found in the vicinity. We will, however, establish strict protocols to ensure our operations will have no adverse effects should any marine mammals come near the area of operations.

Mining operations will create a sediment plume that will add to suspended sediment concentrations for a few kilometres around the project area. This will decrease with distance and will not have any significant impact on the existing sediment concentrations near the coast. The effects of the plume will not be visible from the shore or near shore, nor to affect the shore itself or activities in that area, including aquatic ecosystems, fishing or diving.

The following videos were created as part of the modelling exercise carried out by NIWA. Although referenced in the modelling report they were not regarded as pertinent by either TTR’s or the EPA’s independent peer reviewers to the evaluation of the effects of the plume. It is important to note that despite not being included in TTR’s Marine Consent Application, as with all other references, they were always available to anyone requesting them.

In light of a request by some submitters, TTR has included these videos on our website with the hope that the additional perspective will assist some submitters in visually understanding the dynamic nature of the background suspended sediments and the effect that the proposed project will have on the naturally occurring sediment plumes. 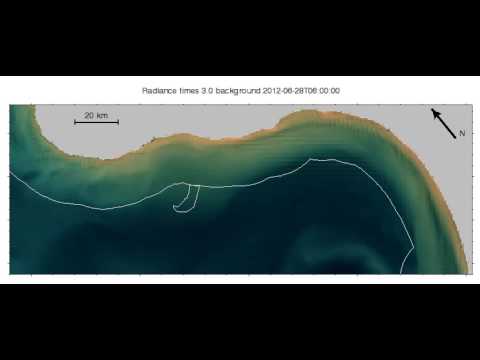 Background SSC plus mining at site A 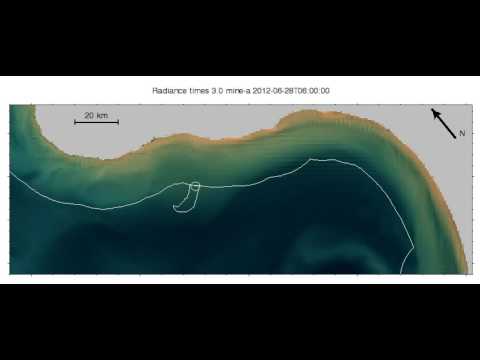 Background SSC plus mining at site B 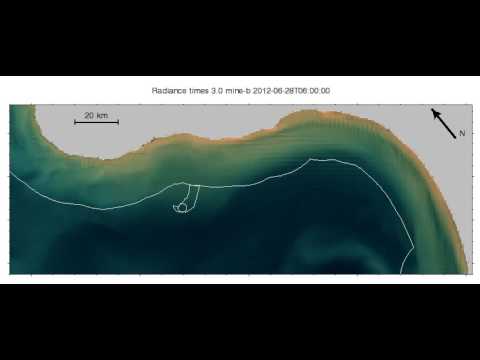